For 2 weekends, I frequented the BGC Arts Center for the 1st Pinoy Playlist Music Festival. I was there for 3 out of 6 days, performed twice, and watched 16 artists. It was food for the soul, taking part in that as both performer and audience. Regardless of the size of a venue or the amount of people in it, live performances feel so intimate to me. As an artist, I can absorb all the emotional energies from those watching and use them to adjust my delivery of a song or movement. As a spectator, I am opened to a world of thought and imagery that have the power to alter my own. Words and music, taken together, is the most compelling gift to man.

Me and Anthony in the background

My bosses! Mr. C with Jim and Boboy
On the 1st night of the festival, I sang back-up for Jim and Boboy of the APO Hiking Society. I absolutely love singing with them, and being a back-up singer also allows me to watch them, albeit from behind. I grew up familiar with many of their songs, and have learned some that I’d never heard before. They’re fantastic for many reasons, but I marvel most at the ease of their interaction with the audience. During their set that night, they joked that many in attendance looked like millennials, with the connotation that it was an entirely new demographic for them; and yet they got the laughs and the applause right where they’d planted them. That’s the stuff of the masters.
The weekend after that, I did “Entablado: Mga Awiting Hango sa mga Musikal ni Ryan Cayabyab” with the Ryan Cayabyab Singers. Mr. C picked songs from his musicals, namely Manila, Manila Ngayon at Kailanman, Katy! Katy!, El Fili, Lorenzo, and Spoliarium. It was a risky repertoire, going the opposite of mainstream, but we filled the biggest venue to the upper tiers, and had a blast. Granted, the last 3 numbers were dark and heavy, but our curtain call (Minsan ang Minahal ay Ako) was met with a wave of warmth that was more than we expected.
Thankful for the minds behind this festival for being gutsy enough to pull off something this monumental. Where else would I have seen Gloc9, Razorback, Nicole Asensio, Bayang Barrios, Noel Cabangon, Rachelle Gerodias, Baihana, Abra, Keiko, Vincent de Jesus, Jacqui Magno, Robert and Isay Seña, Bullet Dumas, Zsaris, and IV of Spades all for one event? Each artist so different in composition and genre, but having one thing in common: “ito ay atin, sariling atin.” I regret not having attended all days (work and other committments) and not having seen all the acts (simultaneous presentations), but that only leaves me more excited for what next year has to offer. 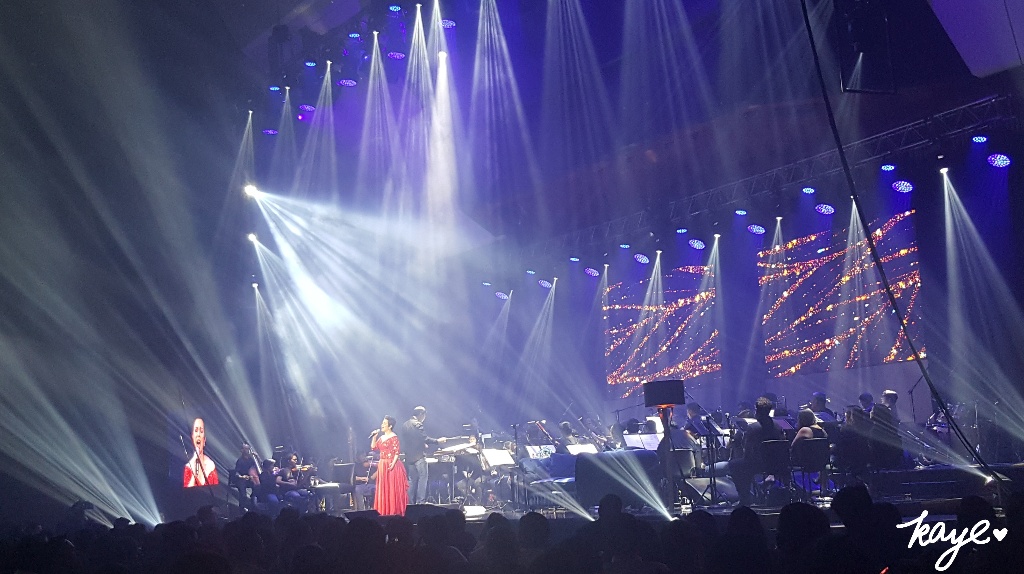 On October 18, my parents and I were invited to Lea Salonga’s 40th Anniversary concert’s technical dress rehearsal. We had tickets to the actual show on Friday night, but it coincided with the RCS’ Pinoy Playlist schedule.

It was as expected: a night of beautiful singing. At the first lines of her opening number, I teared up at the nostalgia of “Ako ay munting tinig…” in that clear voice that has become her trademark. Perhaps the favorite feeling I got from the show was awe at the breadth of her career. She has always been such an inspiration to me, and I’m grateful that she paved the way for the Filipino artist on the world stage. A bonus was sharing the experience, not just with family, but some of my best girlfriends, who received invitations of their own.

Last Wednesday at the Malacañan, the title of National Artist for Music was (finally!) conferred upon Ryan Cayabyab. The other 2018 awardees were Ramon Muzones for literature, Eric de Guia aka Kidlat Tahimik for film, Amelia Lapeña Bonifacio for theatre, Francisco Mañosa for architecture, Resil Mojares for literature, and Larry Alcala for visual arts.

Naturally, I am most overjoyed at Mr. C’s recognition. He has been in the running for years, but didn’t make the final cut until this year. Despite the politics and other unknown oppositions, I guess it just became undeniable how deserving he is of this honor. Not that he needed it for validation… more like it was for everyone whose lives have been changed by his contributions to music. Sure enough, the internet blew up over the news, love pouring in from all walks of life. 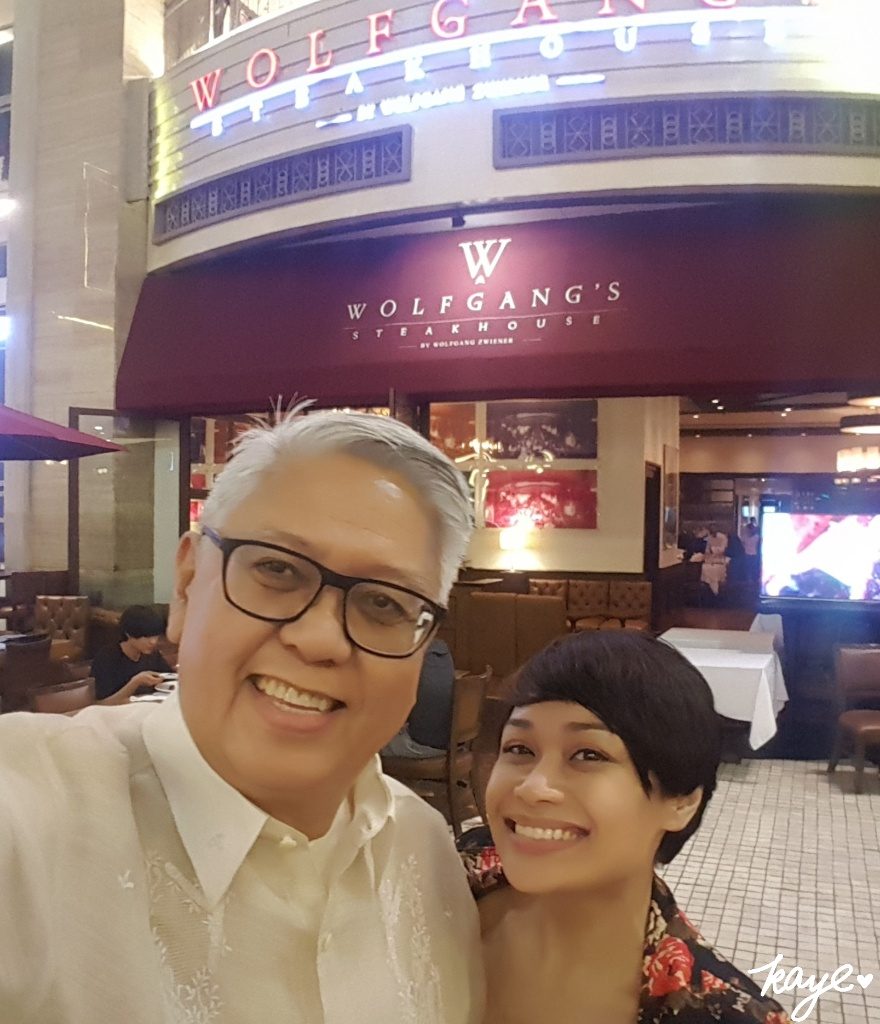 With the National Artist, my musical director, mentor, Lolo, and kabarkada

I’ve been working closely for and with him for 11 years, and have witnessed firsthand what a remarkable genius he truly is. Yet, for all the distinctions he has already received, he keeps a childlike regard for enjoyment, and remains humble. He is one of the people admire most and have the honor of knowing, and was so happy that we got to celebrate this milestone with him on the night of his awarding. Our producer and friend hosted a dinner for us at the Wolfgang Steakhouse, and it was a festive evening of excellent food and company. 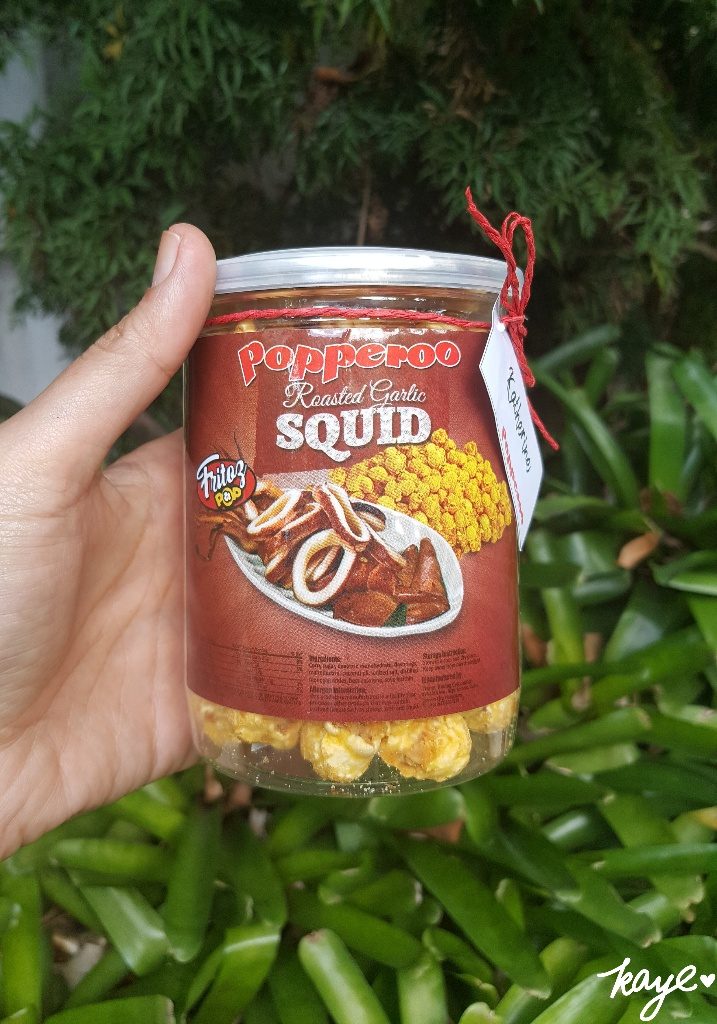 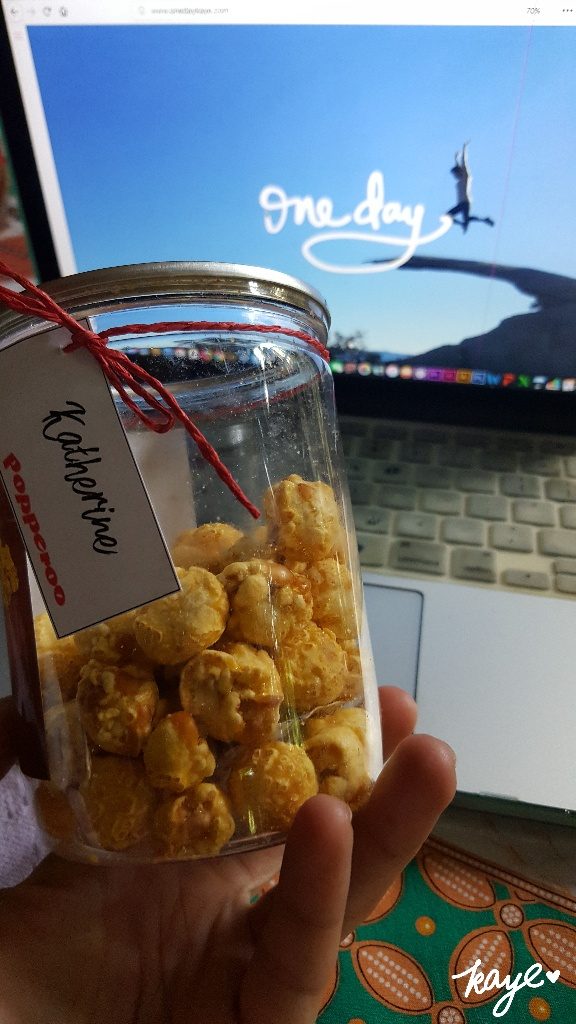 Speaking of food, today I received my prize from Popperoo‘s online contest. I may not have won National acclaim, but I won popcorn! 😂 When I saw their ad featuring their new Filipino flavors, I wanted to share my excitement with friends, so I tagged them. I only later realized that in doing so, I became eligible to join their promo. A week later, this can of Fritoz Pop Roasted Garlic Squid arrived. I did not know what to expect, but ugh these were addictive. I… I finished the can… by myself… in under 10 minutes 😭 Now, I’m curious about the other variants: Sweet Chili Shrimp and Ginger Crab. So dangerous. The only thing keeping me from ordering is its plastic packaging ✌🏽 but I love supporting local brands, so we’ll see if I can resist.

So, it seems the theme of October was a celebration of Filipino artistry and food. Also, I think I’ve gotten out of my blogging funk. That’s cause for celebration, too.

This error message is only visible to WordPress admins

I’m a participant in the Amazon Services LLC Associates Program, an affiliate advertising program designed to provide a means to earn fees by linking to Amazon.com and affiliated sites.